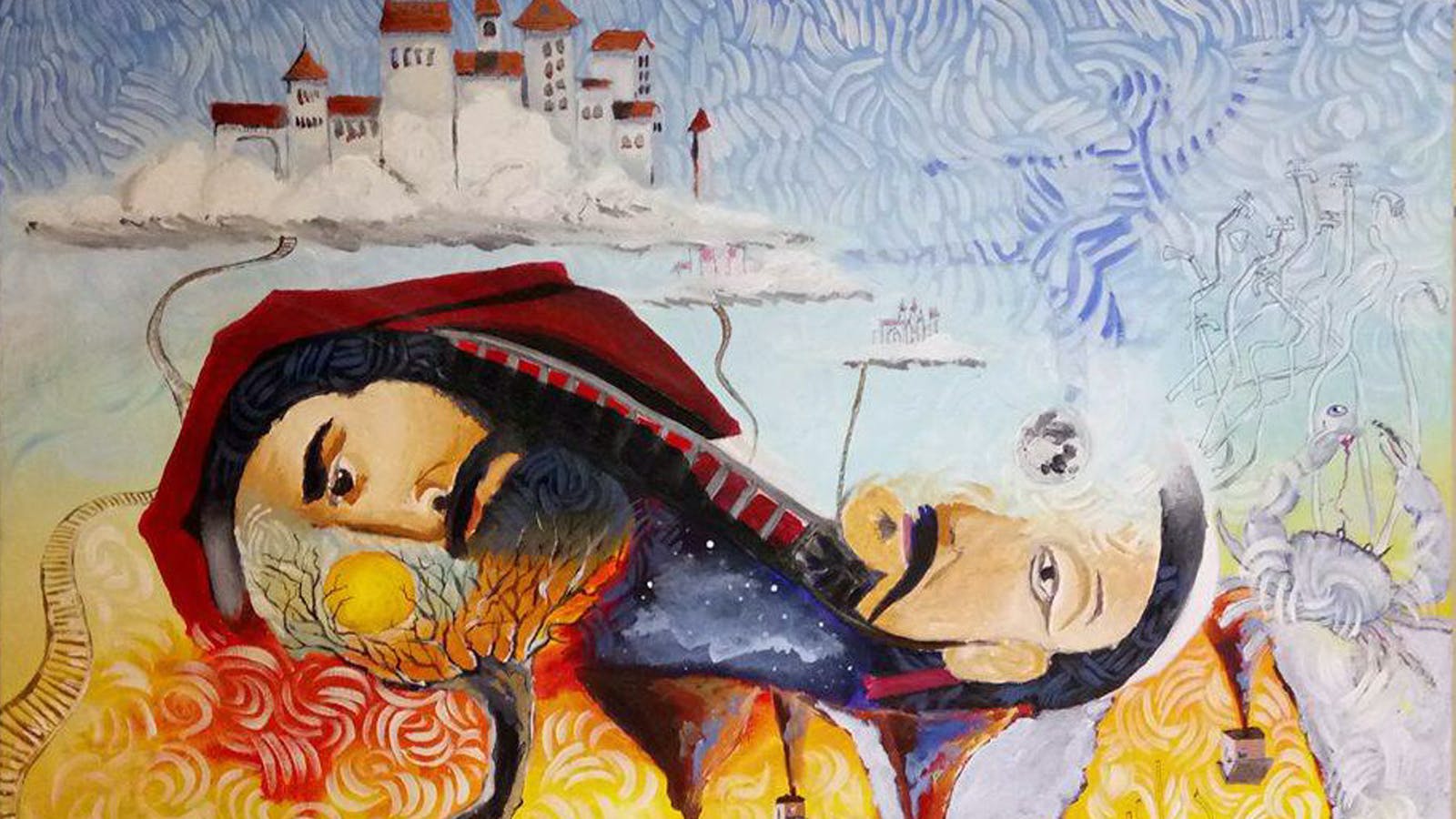 Out Of Sight is an intermedia performance made in collaboration with Aalborg Theater and Art & Technology at Aalborg University. The entire production is created by the students from Art & Technology’s 5th Semester.

Find a seat if you can, but keep your head down for the man, as he invites you in with grace to share his plans, in a journey through his crumbling lands; it will drag your head through the sand, but don’t go mad as it’s all a scam; dreams of two who are both the better man. One is the Emperor of reality, the other of a dream; which is more powerful? You don’t know before you have seen; cities that are resting on the edge of a knife, with life on the line, cities that are both beautiful and ugly, and cities with thousands of eyes. See through the distortion and you find the truth.

Out Of sight is made with inspiration from Italo Calvino’s 1972 novel, Invisible Cities. The intermedia performance is about Marco Polo returning from his adventures in order to tell Kublai Khan about the uncanny, beautiful, and strange cities he has encountered. This intermediary production utilizes projections, cameras and other technologies and viewers get to see, hear, and experience some of the cities that Marco Polo encounters.

The production is supported by KulturKANten