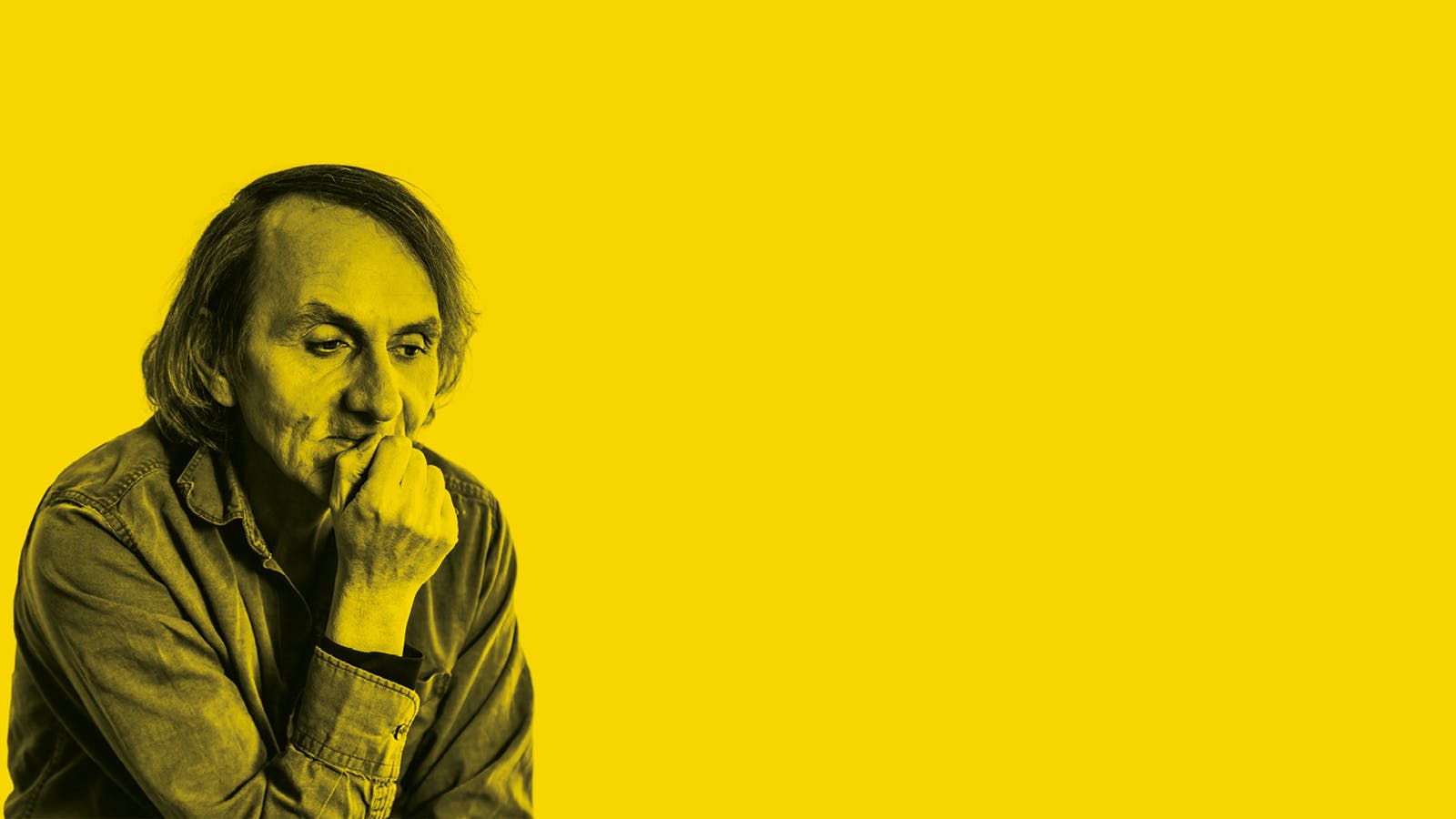 I hope you do not mind this review in English. I have read Underkastelse both in the original language, French, and in its English translation. I was therefore aware of the diificulties of adapting this work for the stage. Considering the complexity of the subject matter, I thought it a courageous enterprise to attempt to put Underkastelse on stage (I do not think it has been to-date,not even in France). It turned out, in my opinion, to be an interesting perfomance or perhaps I should call it more of a fascinating lecture, especially for the audience that has not read the novel, and that is exactly the point. What the performance lacks in actual dramatization it gains by introducing the audience to the Houellebecqian universe of Underkastelse with all its provocative views on religion and sex, by including a good background lecture on Huysmans which I think is essential, as well as the more general discussions on socio-political and other matters of high literary and philosophical import. All this was done with great elegance, fantastic diction (I understood every single word in Danish). I enjoyed the special tone of voice of the lady who delivered the background news (a sort of Greek chorus) and Ringsmose as François was very much in character. To conclude, not much acting but a fascinating presentation of the work of a complex and complicated French provocateur and enfant terrible. Not an easy thing to do, so chapeau! If I do not give maximum stars is due to the fact that on one or two occasions the passages extrapolated from the novel (for example, the blow job) seem to be irrelevant to the whole context within the play. I believe this is because not enough focus has been given on the PARADOX of Francois’s psycho-sexual mind-set which alternates between world-weary cynicism and an adolescent obsession with love and sex-servicing. In the novel there is a funny passage where François does not know whether he feels like f…… the girl, or dying or….and, ´anyway, where the hell is the Rapid Sushi?(their take-away dinner). Ringsmose’s François would gain by adding a bit more infantile narcissism to his existential cynicism and official professorial persona. In other words, a bit more demarcation between his private and public persona would bring out his vulnerabilities which we do not see too much of in the play. I think this vulnerability Is an essential characteristic of François because it contributes to explaining his ultimate conversion to Islam. He believes that this Islamic world-order will cater to his egoistic demands through its sexual and economic fringe benefits. And, to conclude, perhaps more of an ironic distance and a sarcastic stance to the final scene of resignation would be more in line with Houellebecq’s spirit. A certain ´ je m’en foutisme´ as the French say, translated: who the hell cares, anyway? Bravo and well-done.